The Property Market In Belfast 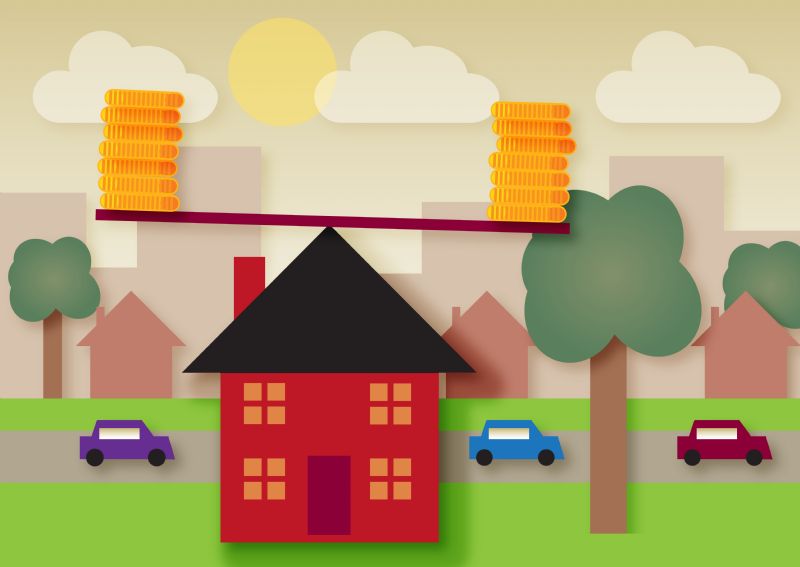 Property in Belfast is on the road to recovery after the horrors of the past few years. Prices are increasing, though it is worth noting that those seeking to buy are unlikely to be as enthusiastic about that development as those wishing to sell.
Vendors and purchasers have different priorities, of course, and there is no escaping the reality that someone buying will not be delighted to know that the house they fancy now is going to cost them £X more than would have been the case 12 months ago. In contrast, the seller probably will be very pleased at this market-enforced change in circumstances. But even though the market trend is upward, current prices are a long way short of the peak they reached in 2007.

In November 1 of that year, The Guardian’s Sean Coughlan was able to write: ‘Where have UK property prices been soaring most rapidly? Northern Ireland, where confidence in the housing market has risen alongside political stability and progress in the peace process.
At the epicentre of this price boom is Belfast, where Nationwide figures published in October show an annual rate of increase of 50%, a slight downturn on the whirlwind increases earlier this year in excess of 60%. This makes it the hottest property market in the UK outside London. The resurgent city has seen an unprecedented scramble for property, with
Nationwide describing the increases as ‘astonishing’ and ‘unsustainable’.”

In the same article Stanley McGreal, professor of property research and director of the Built Environment Research Institute at the University of Ulster was quoted as having said: “What we've seen in the past two years has been astronomical: we've seen some crazy, crazy increases. There was a semi-detached house in east Belfast with an asking price of £280,000 that went for £370,000 inside two weeks.”

Not only did Belfast catch up with the rest of the UK – its house prices accelerated beyond those of every other part of the county with the exception of London, this despite the fact that average earnings in Northern Ireland were – and remain – far below the national average.

In November 2007 the average house price in Belfast was a remarkable £313,000. Two-bedroom flats were costing £150,000 to £200,000 , terraced houses were selling for £180,000 to £300,000, semi-detached properties were fetching £250,000 to £350,000 and a detached Victorian home in the south of the city was costing £1m-plus. But then came the crash of 2008, followed by the meltdown which only now has begun to ease in the city. Even so, at this stage prices are not much better than was the case in 2005. This recovery is not going to be quick or easy. And if that is true of Belfast, it is even more the case in most other parts of Northern Ireland where the grip of negative equity shows little sign of easing. Here the question people continue to ask – more in hope than expectation – is, ‘What is my home worth?’ Alas, the answer in 43,000 cases is “Still a whole lot less than you paid for it.” If that is the position in which you find yourself, consult Negative Equity Northern Ireland for advice on your options and help in moving forward. If there is a solution to your problem, they will find it.

Clearly the Belfast property market is the brightest light on the economic horizon right now, with the south (BT9) and east of the city (BT4 and BT5) being the areas of particularly encouraging growth. In addition, areas within easy travelling distance of Belfast -
north Down, Templepatrick, Hillsborough, Moira and Holywood are good examples – also are also showing signs of improvement. And the fact that estate agents Aria Residential, who previously had just one branch on Belfast’s Lisburn Road, have now opened a second office in Templepatrick is a pretty good indicator as to their reading of property market.

Following a long, sterile period during which few – very few - established home-owners were able to even think of upgrading or downsizing, at last things are showing some improvement. Aria’s Associate Director Larry McAllister is optimistic in his assessment. He confirmed: “More people are going out to view more houses, both from a sales and a rental perspective and we’re getting the ripple effect of that on our business. Both sectors are on the up and up and that’s really encouraging. We’ve turned the corner. Confidence is there again, with people once more investing their money in bricks and mortar. The figures prove that. With interest rates still low, the incentives for savers aren’t great. That’s part of the reason for the investment in property we’re seeing again. As well as that,
more and more international companies are basing themselves here, so property prices and rental prices in Belfast reflect that. People are coming from across the EU and further afield to work here so that’s all adding to the demand for properties to buy or rent.
We’re seeing a lot more activity from foreign nationals, not just in the city but beyond it, too. And all of the travel-to-work areas are seeing positive results at this stage, too.
There’s a lot of investment in the province as a whole, not just Belfast. That’s why we’re expanding; we’re covering Greater Belfast as well as the city itself.”

His positivity is endorsed by media reports of what now is happening. In late March 2016 the Belfast Telegraph ran a story which said: “House prices in Northern Ireland have risen by 0.8%, taking the average cost of a home here to £153,000.”
That was, however, qualified by the paragraph which followed:  “But they still have some way to climb to reach pre-downturn levels, with the index still at 42.9% below the peak reached in August 2007.”

An Irish News story read: ‘Surveyors reported an increase in sales in January (a net balance of 8 per cent) and expect the volume of sales to rise over the three months ahead (a net balance of +30 per cent).
‘The Royal Institution of Chartered Surveyors’ residential property spokesman in Northern Ireland Samuel Dickey said: “Supply remains the key issue in the market, particularly in the greater Belfast area. Demand has been increasing, and good quality homes
in good areas are very much strongly sought after, leading to bidding for properties. The reasonably strong economic data for Northern Ireland at the beginning of this year would suggest that the conditions are there for demand to continue rising. However, as we move into the traditionally busy time of the year, more properties should come onto the market as well, which should help alleviate the supply issue.”

And the News Letter reported: “Publishing the latest Residential Market Survey in conjunction with the Ulster Bank, the body (The Royal Institution of Chartered Surveyors) reports that new instructions to sell have risen by 30% and new buyer enquiries by 18%. As a result, it expects house prices to rise by 5%.”

If you are one of those unable to move during the lean times, your opportunity to do so may finally have arrived. Aria Residential will be delighted to help you make that dream a reality.