Buying A Property In Belfast 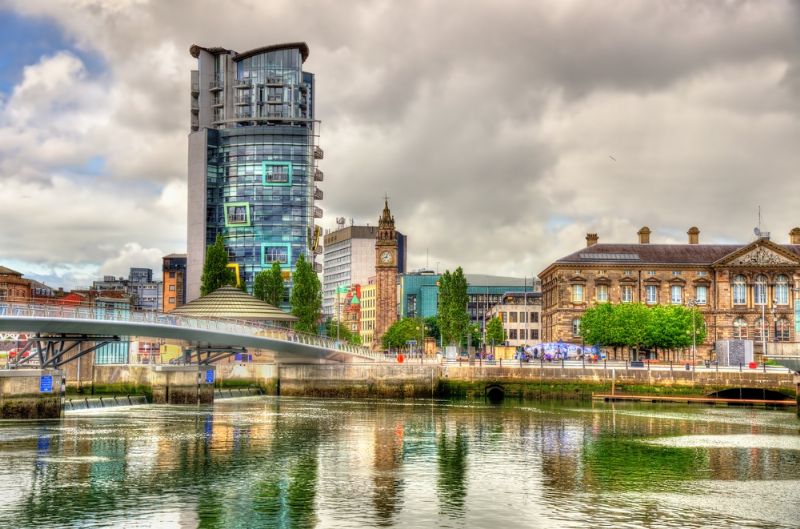 AFTER years in the doldrums, finally house sales in Belfast are on the move again.
That is a welcome development because in the aftermath of the 2008 economy crash, prices in Northern Ireland – which had soared ridiculously during the mid-2000's – plummeted at a rate never seen before. Never has there been a more clear-cut example of boom and bust.

As a result, tens of thousands found themselves in negative equity, with their so-called home-ownership status in reality amounting to nothing more than them merely paying rent to the bank. It has left quite a legacy, with 63,000 of Northern Ireland households – some 41% - in negative equity as a result.

But now things appear to be changing and while we aren’t quite out of the woods, the indicators are more positive than they have been for some time. Finally we are seeing some of the ‘green shoots of recovery’ to which former Tory Chancellor Norman Lamont famously alluded in an address to the Conservative Party conference in 1991.

That, too, was a time of downturn in the UK economy, of course, and subsequent events showed Lamont to have been somewhat premature and overly optimistic in forecasting the dawn of ‘economic Spring’ at that stage. Those proved to have been words which came back to haunt him.

But now house prices ARE increasing and, as a result, property investment genuinely has begun to look like a viable option once again. There is growing interest in Belfast real estate, with speculators and property entrepreneurs surveying the market with renewed enthusiasm.

And vitally, so too are more and more ‘ordinary’ individuals, couples and families who simply want to buy a good property at the right price in a desirable location. Might we even be edging back to the idea of paying realistic money for a decent home rather than regarding houses, flats, apartments and bungalows as a means of making quick bucks? Time will tell, but here’s hoping.

Aria Residential are Belfast-based estate agents who, on a daily basis, are seeing evidence of this upsurge in buying. That point is significant because we really know the market. And as a result of having operated in that marketplace through the recent lean times, we know when the scene is changing for the better.

It is in the city itself that some of the clearest signs of revival are being seen. South and east Belfast - BT9, BT4 and BT5 – are flourishing afresh, although no-one is pretending that, in the near future, prices are likely to return to the crazy and ultimately unsustainable levels of 2006-07.

Given what happened in the wake of that madness, it is quite natural - and quite right - that people are altogether more tentative and cagey at this stage.

Nevertheless, Belfast real estate is on the up, for with house prices rising, more and more people are willing to put their properties on the market whereas not so long ago that was seen as being a waste of time.

Based on the phone calls, visits to our Belfast office, plus the number of hits on our website which offers 24-hour on-line access and viewing, Aria are seeing much evidence of greater optimism.

This is seen in the sheer volume of interest now being shown by those intent on buying as well as those hoping to sell. Suddenly a long-dormant market is slowly coming back to life.

Aria are pace-setters in this revival, not least because of their way of doing things. Having set up in 2007, when the property price boom in Belfast and Northern Ireland was at its peak, we have lived through the hard times that followed. As a result we had to listen, look and learn quickly in order to survive the crash.

Given what we saw and discovered during those years of crisis, we’ve committed ourselves to doing things differently by raising the standard of service and support to a new high.

Aria set about building a reputation for attention to detail in tandem with providing advice, help and support throughout the entire selling-buying process. Crucially, vendors and purchasers would be treated as equals.

Aria do not charge any up-front fees. All of those photographs, all of that advertising and promotion, all of the tips on how to go about enhancing the appearance and lay-out of the property are free of charge. And allowing for the fact that if we don’t sell, we don’t get paid anything, that’s quite an incentive for us to get the job done.

Having invested in the latest and best hi-tech technology through which we reach the widest-possible online audience, Aria present homes to numbers other estate agents do not begin to match.

If you are hoping to buy, or sell, a property in Belfast, make contact now with Aria.