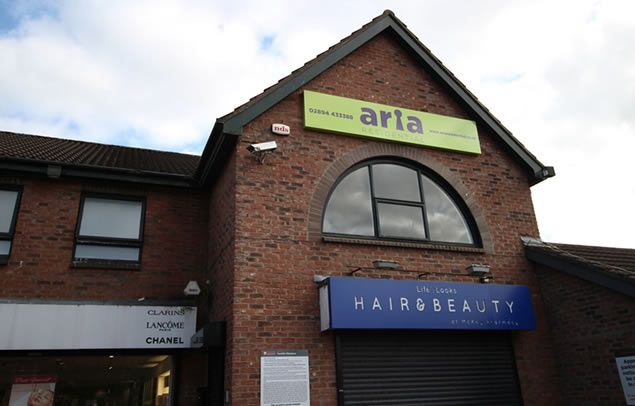 ARIA Residential’s confidence in the Northern Ireland housing market is such that they are poised to open a new estate agency in Templepatrick. Buoyed up by eight years’ experience in Belfast where their headquarters are on the Lisburn Road, their growing optimism is a result of the steadily improving state of play in terms of the current demand for houses and the prices they are fetching.

Aria believe all of the meaningful indicators point to a resurgent market. Their experience and expertise in both the home ownership and rental sectors, their decision to open a second office and the fact that they are willing to invest at this stage can only be seen as a real vote of confidence. This also must be interpreted as a thumbs up to the market beyond the Belfast city boundary, underlining the current faith in property in towns and villages in the commute-to-the-capital-for-work  belt. Hillsborough, Moira, Holywood and Templepatrick are four out-of-town locations on the rise. In the city itself, BT9, BT4 and BT5 – south and east Belfast - are flourishing, albeit it is improbable even there that, in the foreseeable future, prices will return to anything like the highs of 2006-07. By choosing to open up a second front in Templepatrick,  Aria are displaying foresight as well as ambition. This step not only recognises but also embraces a changing trend in society and  a refreshingly different  view of the bigger picture, witness their willingness to look beyond the traditional confines by setting up shop – quite literally – in hitherto-virgin out of town territory.

The newly opened estate agency is at the Twelfth Milestone Shops where a receptionist, a valuer and two negotiators will be on hand to front up the operation.

“Ready, excited and raring to go,” is how Aria’s Associate Director Larry McAllister put it ahead of curtain-up. There is no disputing the fact that the Northern Ireland property market has been through a particularly bad time. But the worst is over and now a lot of first-time buyers are coming out. The fact that they are doing so has in itself added confidence to the market and that fresh feel-good surge is feeding its way through.

“Certainly that’s what we’re seeing; more people are going out to view more houses, both from a sales and a rental perspective and we’re getting the ripple effect of that on our business. Both sectors are on the up and up and that’s really encouraging. We’ve turned the corner. Confidence is there again, with people once more investing their money in bricks and mortar. The figures prove that.”
Tellingly, there is a marked increase in the number of new-build properties. That is a particularly attractive development for younger buyers keen to snap up entry-level homes.  Typically, these tend to be smaller terraced houses and apartments. There are some very good products on the market for first-time buyers at this stage with developers offering generous turn-key deals which mean houses come with all mod-cons included in the price. Not surprisingly investor activity has grown considerably, too. That was particularly noticeable in the run-up to April and the introduction of the new 3% Stamp Duty. With no shortage of speculators keen to invest ahead to the changes imposed by Chancellor George Osborne, that meant a busy start to 2016 for Aria. With prices now a lot more sensible and realistic than was the case during the pre-recession high, returns attractive and interest rates still at a record low, investment in property has become hugely popular once again. So-called prime areas are flourishing anew, albeit it is improbable that, even here,  prices will return to the highs of 2006-07 in the foreseeable future. South Belfast BT9, east Belfast BT4 and BT5 are growth zones.

Aria’s Associate Director explains: “With interest rates still low, the incentives for savers aren’t great. That’s part of the reason for the investment in property we’re seeing again. As well as that, more and more international companies are basing themselves here, so property prices and rental prices in Belfast reflect that. People are coming from across the EU and further afield to work here so that’s all adding to the demand for properties to buy or rent. We’re seeing a lot more activity from foreign nationals, not just in the city but beyond it, too. And all of the travel-to-work areas are seeing positive results at this stage, too. There’s a lot of investment in the province as a whole, not just Belfast. That’s why we’re expanding; we’re covering Greater Belfast as well as the city itself.”

Stressing Templepatrick’s proximity to the important amenities and services, he adds: “There’s a new park ‘n ride system here, so there are close links with Belfast International Airport and a motorway network to take you into the city. You can be in Belfast in 15 minutes from Templepatrick and at the airport in less than 10. The split between buying and renting these days is pretty much 50-50 and with Aria fully active in both markets they are able to offer an impressive range of options and services. Aria’s accessibility will be a big plus to people in the Templepatrick area, too. Hands-on help. Being an estate agency which  is on the doorstep certainly will be good for us,” Larry says. “And I myself have just moved to Templepatrick, so all of these factors regarding proximity to Belfast and so on now apply to me, too.”

As for what Aria bring to the mix he says: “We’re a young company, we’re hungry and we’re investing in sales with people. That means we won’t be charging any fees up front. The proof of the pudding is in what we do – if I don’t sell, I don’t get paid. That’s an incentive! What we want to do is pay attention to detail and add value to service. In other words, go the extra mile by investing our time, our money and our knowledge in order to maximise the customer’s prospects of a sale. We don’t ask for a fee and then just sit back and hope that by the grace of God somebody will come in and buy the house. That’s not how we operate. We have an active social media team and that’s important nowadays. Houses don’t sell themselves; the estate agent has to work to make that happen. And it’s by looking after the customer that we hope to score.”